History of the First Congregational Church of Barrington

The Charter of the town of Barrington was written when the land was under England’s jurisdiction. The date was 1722 and King George the 1st reigned at this time. The original Charter, which includes the land of both present day Barrington and Strafford, calls for ” A Meeting House be built for Publick Worship of God within in the Term of Seven years.” In 1731 the Proprietors of Barrington voted to build a Meeting House but continued to table any action for 11 years. From 1742-1756 the town struggled to fund the building of the Meeting House. It was originally built in the area of what is now Ramsdell Lane. Soon after it was built, it proved to be in an inconvenient location, so the building was dismantled and moved to Oak Hill Road. The Meeting House was a simple building and would have served as both a place of worship and a town hall. It had two doors in front and no steeple. It had a richly ornamented high pulpit and sounding board. Families would have owned box pews in the Meeting House. The pews had seats on three sides and a door to the aisle. There was no central heat in the building, so parishioners brought foot stoves with hot coals to heat their pew in the cold months.  There was a great galley around three sides of the room. The Meeting House served the town for over 100 years. 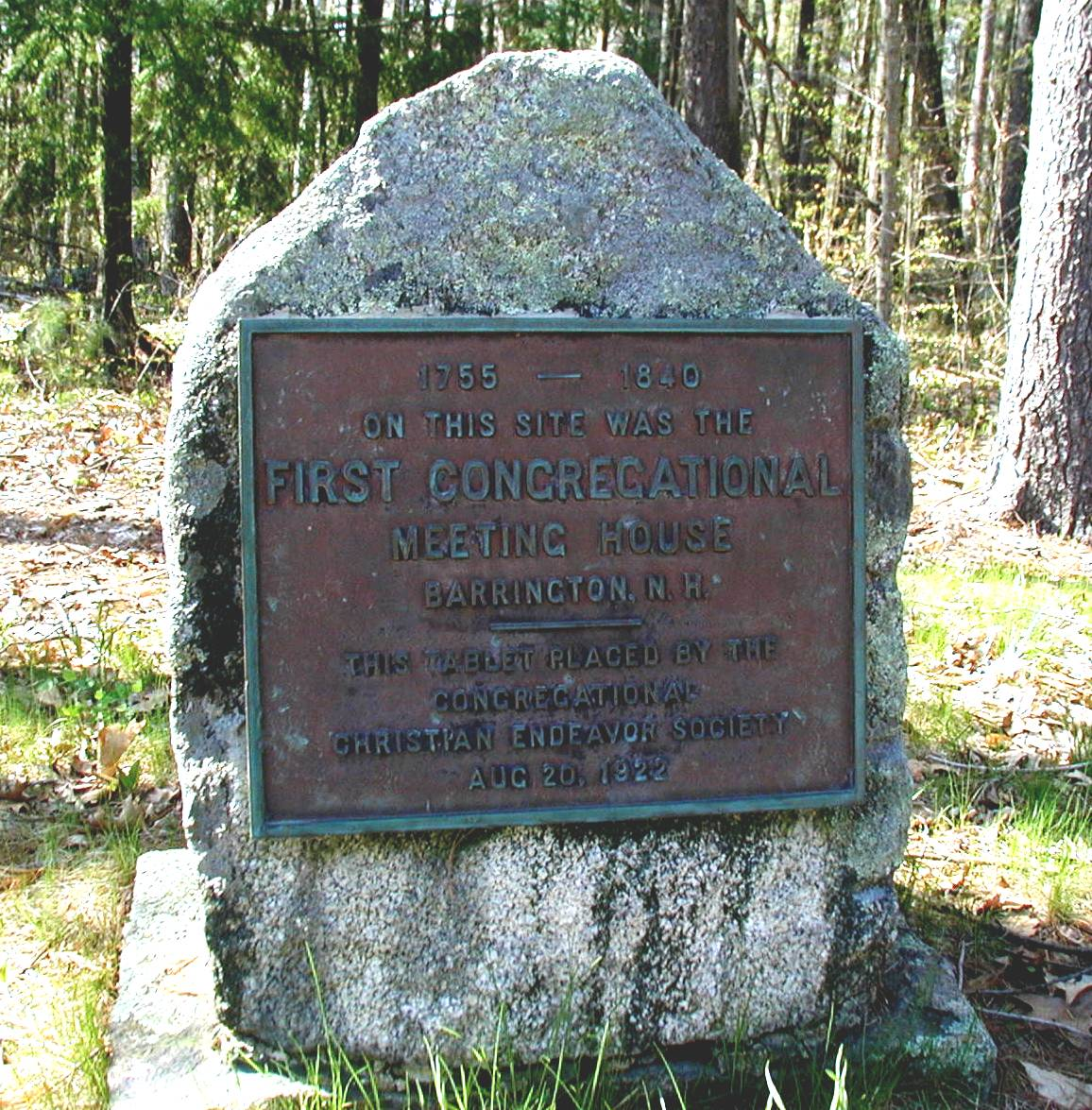 Marker on location of the first Meeting House in Barrington on Oak Hill Road.

On June 18th, 1755, “At a Council of ten regular Churches being convened in Barrington in order for the gathering of a Church and settling of a gospel minister at which time the following persons mutually covenanted and agreed to walk together according to the rule and order of the gospel viz. Sampson Babb, William Cate, Hugh Montgomeny, Hezekiah Hayes, Nathaniel Foss, Robert Hayes, and James Marden; after which Mr. Joseph Prince was ordained as their pastor.” Joseph Prince was a blind evangelist who was influenced by George Whitefield. Prince served the community of Barrington faithfully for 13 years. Rev. Prince is buried under the pulpit in the Presbyterian Church of Newburyport alongside George Whitefield and Jonathan Parsons. In 1818, the Church was incorporated by the State Legislature.

Another Pastor of note was Rev. Benjamin Balch. Balch was the first chaplain of the Continental Navy, serving during the Revolutionary War. Balch called to the church in Barrington in 1784. He was well-liked and served as pastor for 31 years, performing many baptisms and weddings. He was reinterred into the Pine Grove Cemetery from a graveyard on Smoke Street with great fanfare on Memorial Day, 1912. 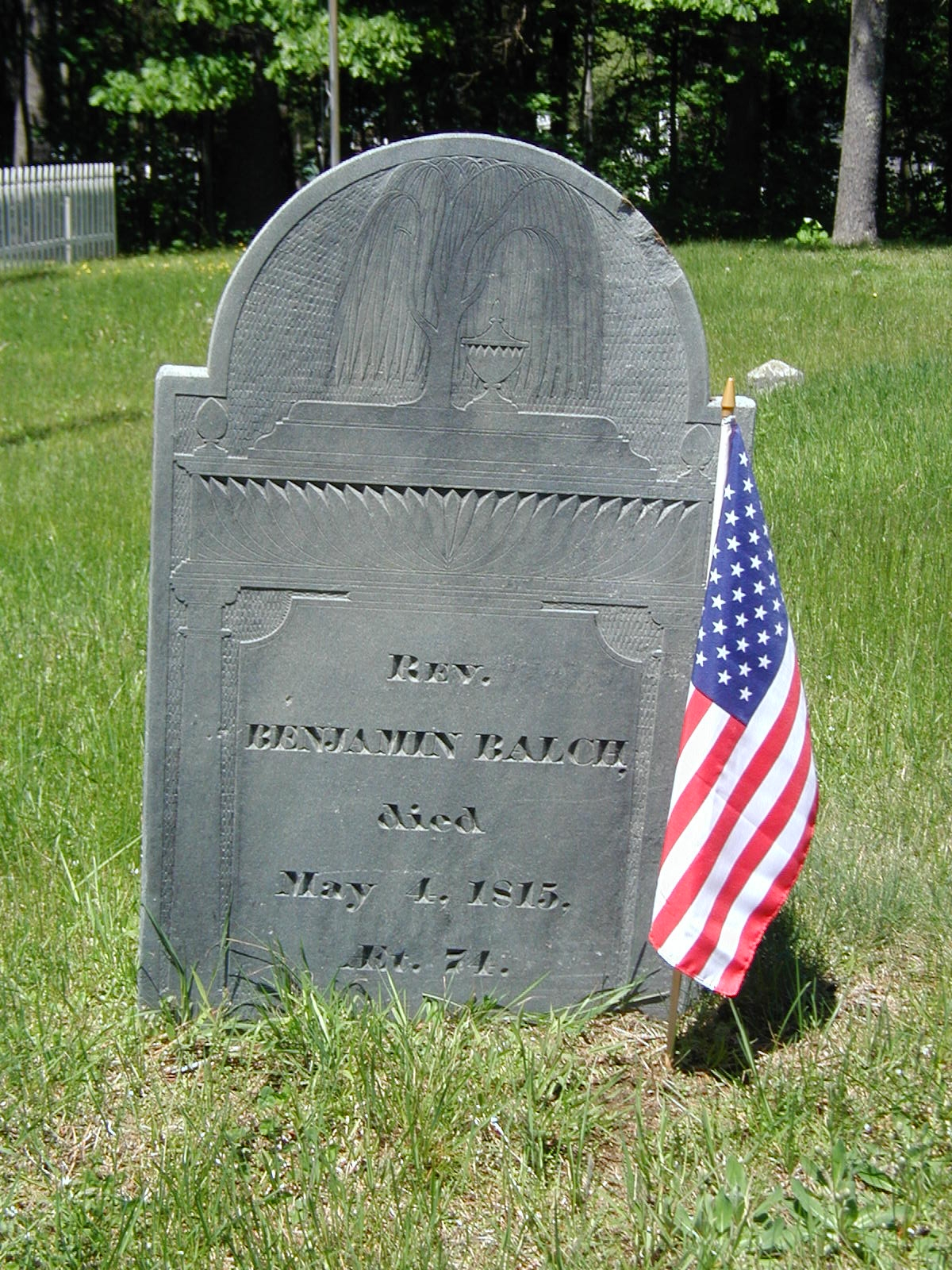 Two other pastors of the church were also chaplains in the military. Rev. Samuel Merrill served as chaplain of the Maine Calvary in the Civil War, and Rev. Raymond Hall was called to serve as a chaplain of the Army in 1942. 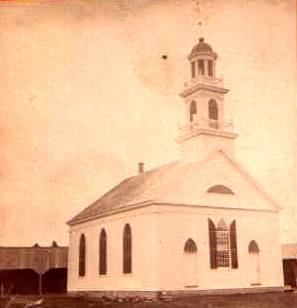 The Meeting House built in 1840 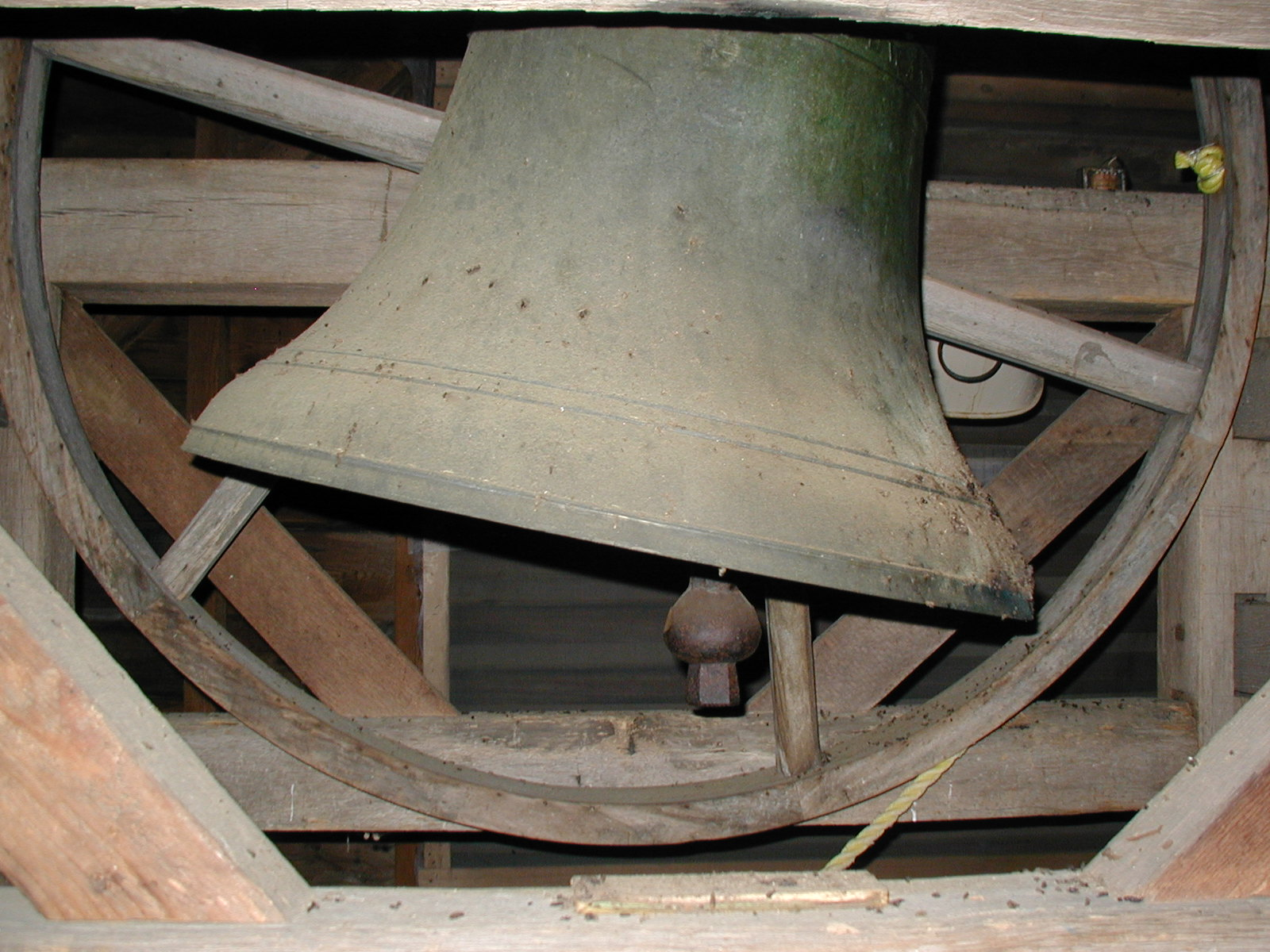 There were also carriage sheds beside and in back of the building to be used by parishioners arriving by horse and carriage. The sanctuary of the current church building is the original meeting space, with original pews, although there have been modifications through the years The church was heated by a large sheet iron stove in the vestibule with a stove pipe running the length of the church.

In 1891, it was voted to build a vestry on the lower floor, a kitchen and dining room on the upper floor, a bell tower and portico The expansion was made possible in part by a donation from Mr. Orrill Hayes of NY. A furnace was installed in the basement. The church now had space for meetings, meals and fellowship. In some years the church housed the town library. 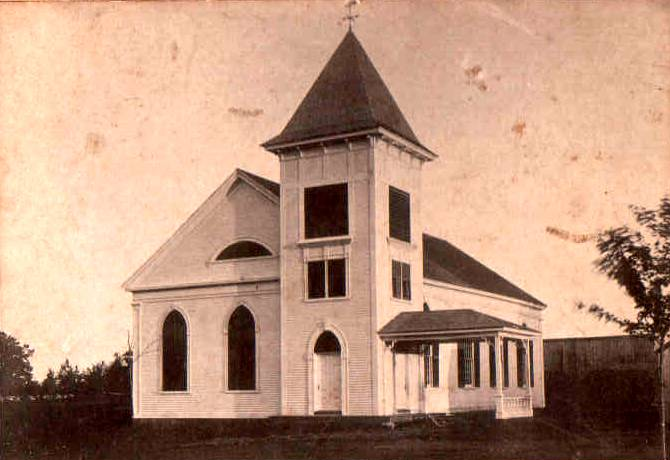 The Meetinghouse with the 1890’s addition 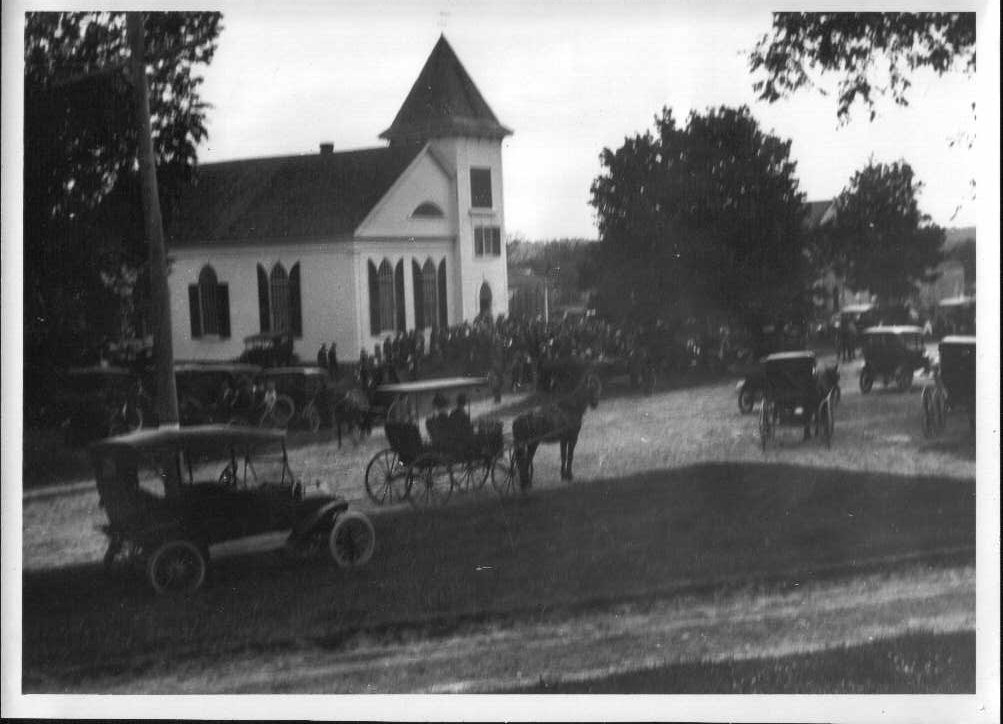 1922 Celebrating the 200th anniversary of the town. 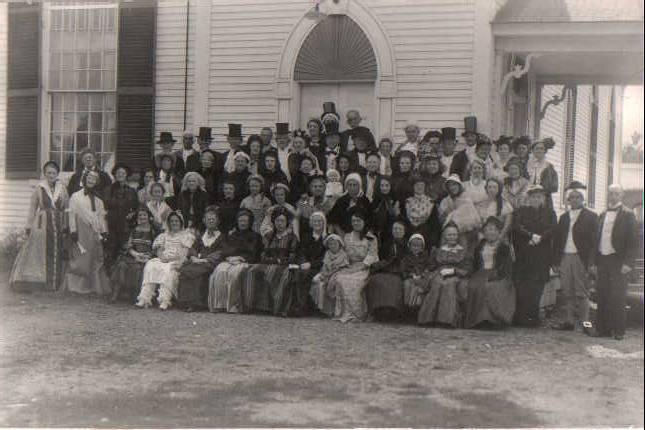 In the 1940’s, 1950’s and 1960’s, the Meeting House was often the center of activities in the community. In 1950 there was a split in the church membership which lead to the formation of what is now the Be Free Church in town. The church was active in outreach to the town and abroad.   In 1958 The Meeting House was again expanded with the addition of a fellowship hall and kitchen at the basement level, a library, a Sunday school room and bathrooms on the main level. This addition was made possible by the will of Frank Young and fundraising by the church membership. There were well-attended Vacation Bible School programs, and interest in Missionary Societies. The church building was often the center of community activities. There were meetings, celebrations, weddings, funerals and special events that took place within the walls of the church. 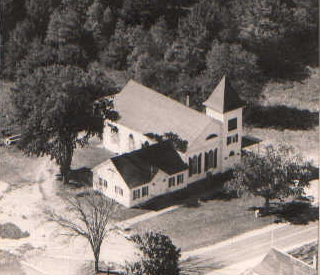 The Church with the 1950’s addition 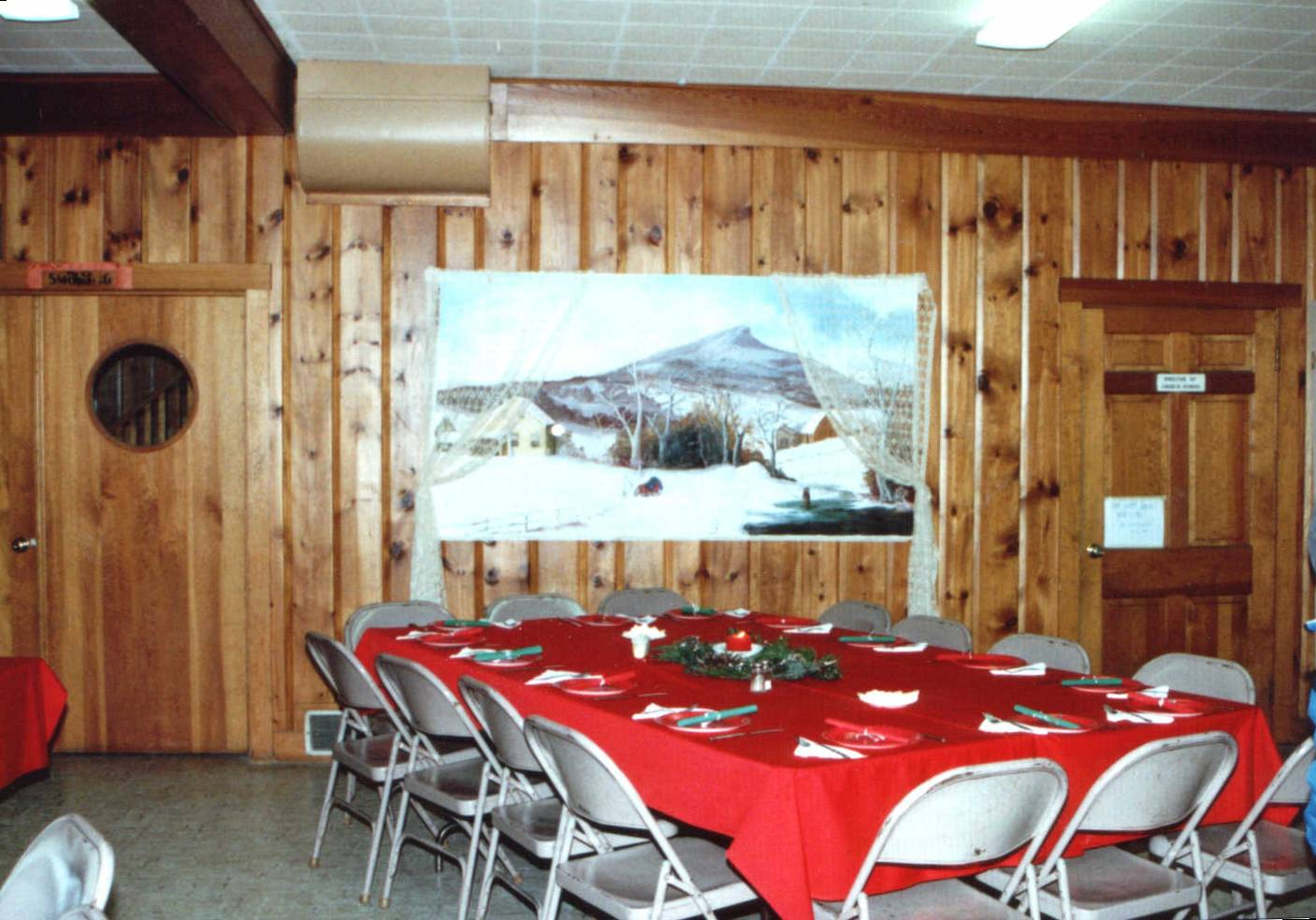 The 1970s saw an keen interest in Christian Education, and in 1977 the Good Shepherd School was organized and continued to serve the community from the FCCB Campus for over 25 years. In the 1980’s there were Christian fellowship activities for men, women and children. There were many Bible studies at the Church or in the community. 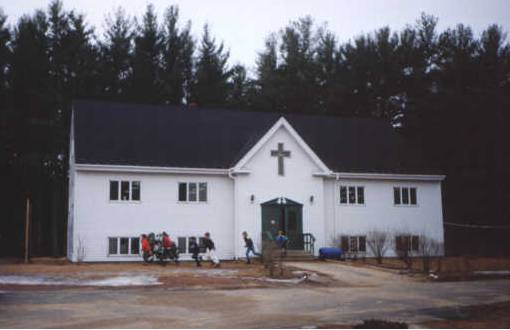 In the 1990’s the FCCB made a decision to reach out to families. Adventure team and VBS were popular summer programs. Hebron House was purchased in 1998 for ministry use. Currently the church offices and meeting spaces are in Hebron House. 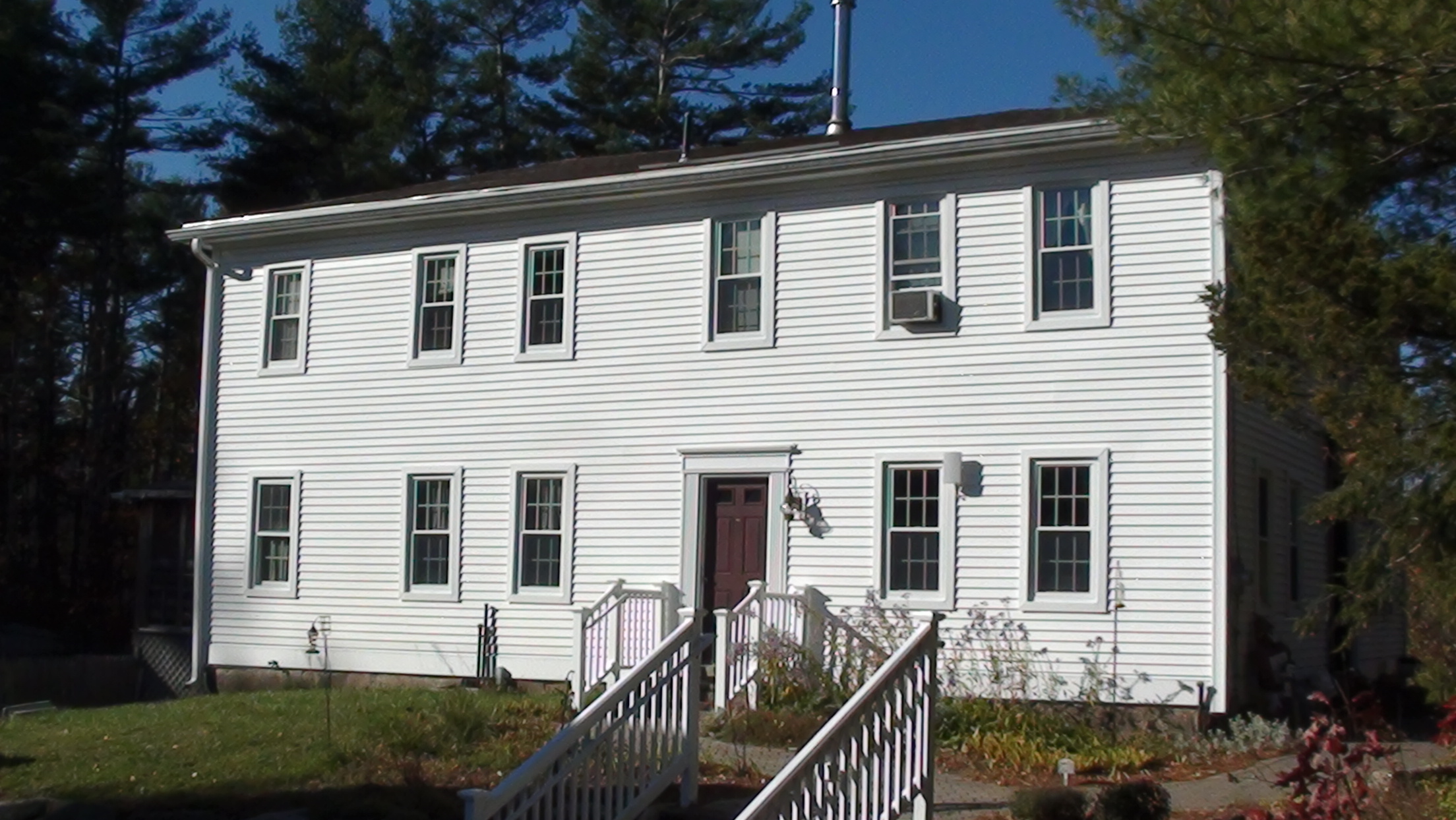 In the 2000’s the church became a member of the Conservative Congregational Christian Conference (“4Cs”) under out former pastor, Rev. Edward Whitman. The church changed it governing polity from deacons and trustees to eldership in 2005. Also in 2005, the church celebrated its 250th anniversary. Special activities were planned through the year. A service at the former building site, an old time service, and special concerts celebrating God’s faithfulness were planned. 14 historical booklets were researched and written by members. The celebration was finalized on June 18th, the actual birthday, by a special day of community activities including historical displays, performances, children activities, missionaries and a chicken barbecue.

In 2013 the church building was again expanded. A new lovely nursery space was added and a new gathering space was created for ministry needs and a welcoming entrance from the parking lot was built. A sprinkler system was installed. This was in part made possible due to an estate gift from Nancy Boyle. The 1847 bells still calls people to worship today. 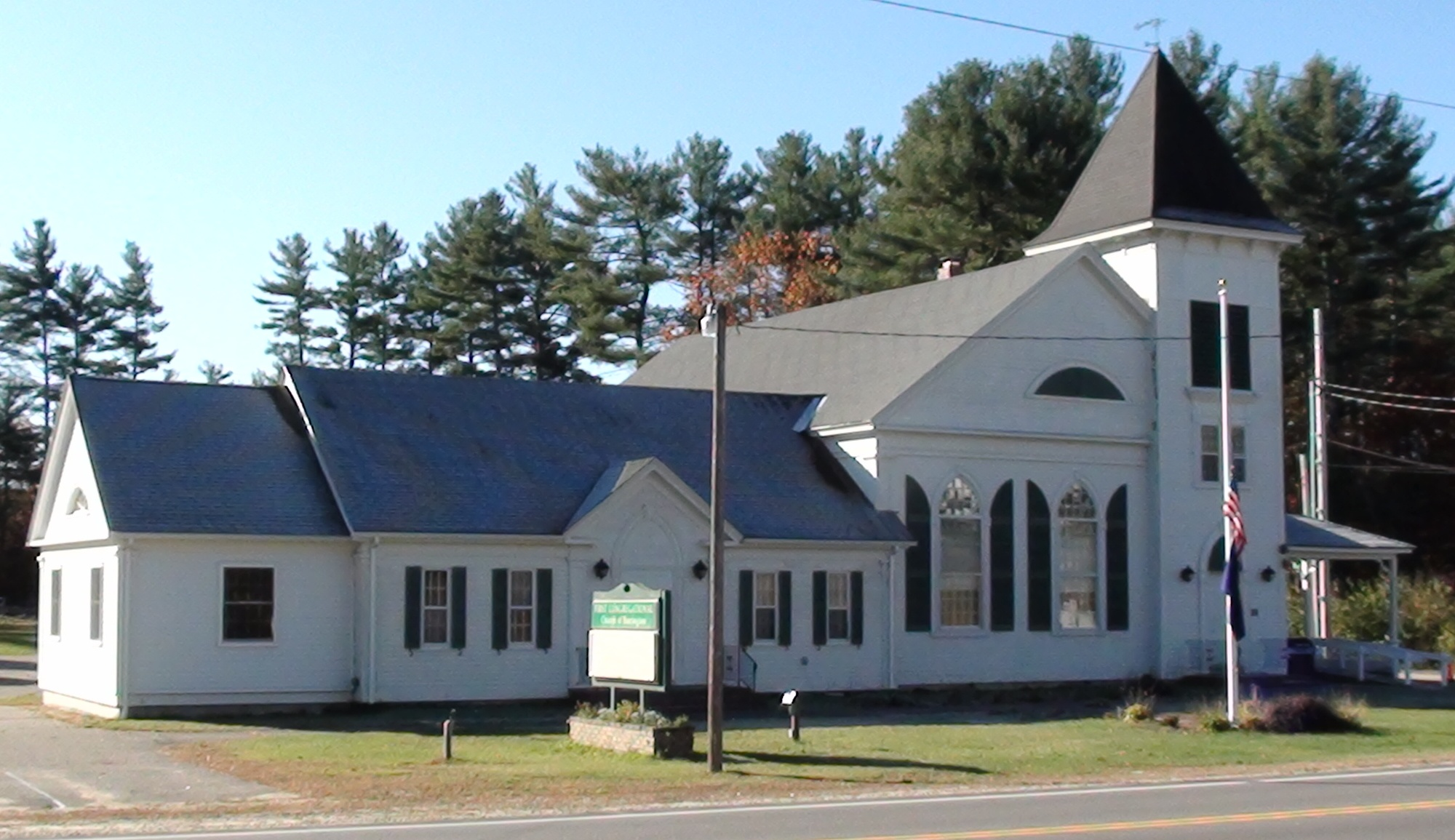 The First Congregational Church with the 2013 addition 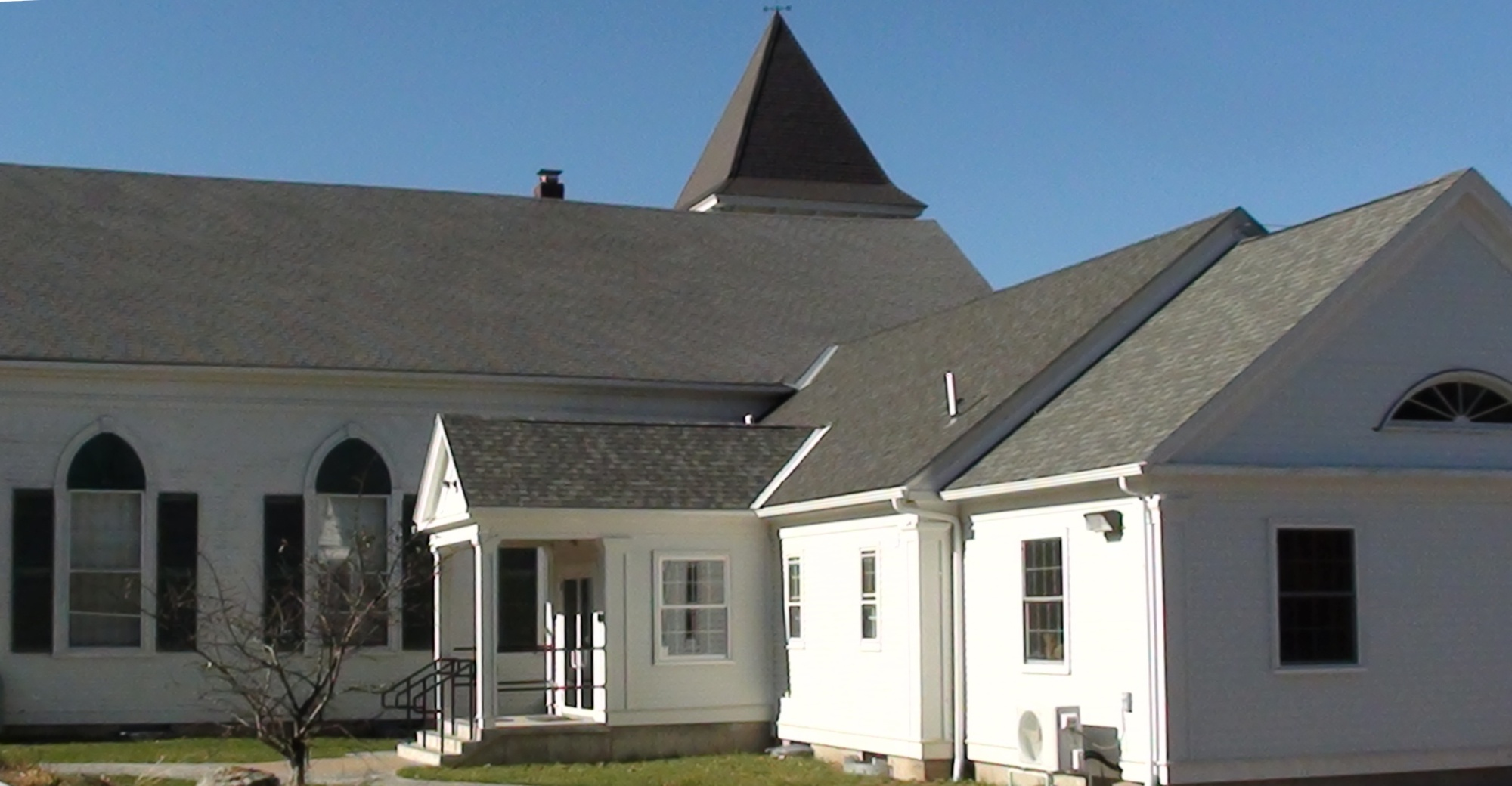 Pastor Scott Littlefield came to the church as a youth pastor in 1998. He became the Assistant Pastor in 2002. He was ordained here in Barrington in 2004 and became the Senior Pastor in 2005.

With the Elders currently directing FCCB there has been a real interest in intentional discipleship. Recently there has been a renewed interest in missions and community outreach. Mission teams and individuals have be sent both near and abroad The church now works with the home school group Classic Conversations, Trail Life and other community groups in doing the work of Christ.

The First Congregational Church of Barrington has served the community for over 260 years. Over the years many members friends and community members have participated in the life of the church. It has been and will continue to be a place where the Good News of Jesus Christ is proclaimed.

List of Pastors of First Congregational Church of Barrington, NH